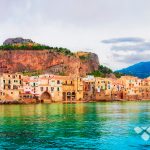 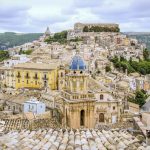 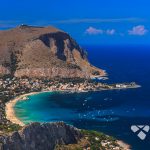 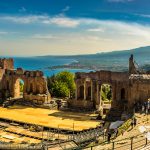 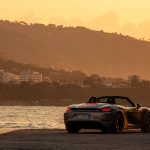 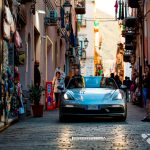 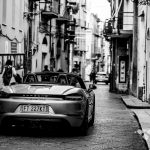 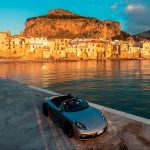 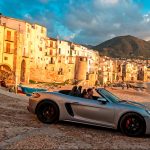 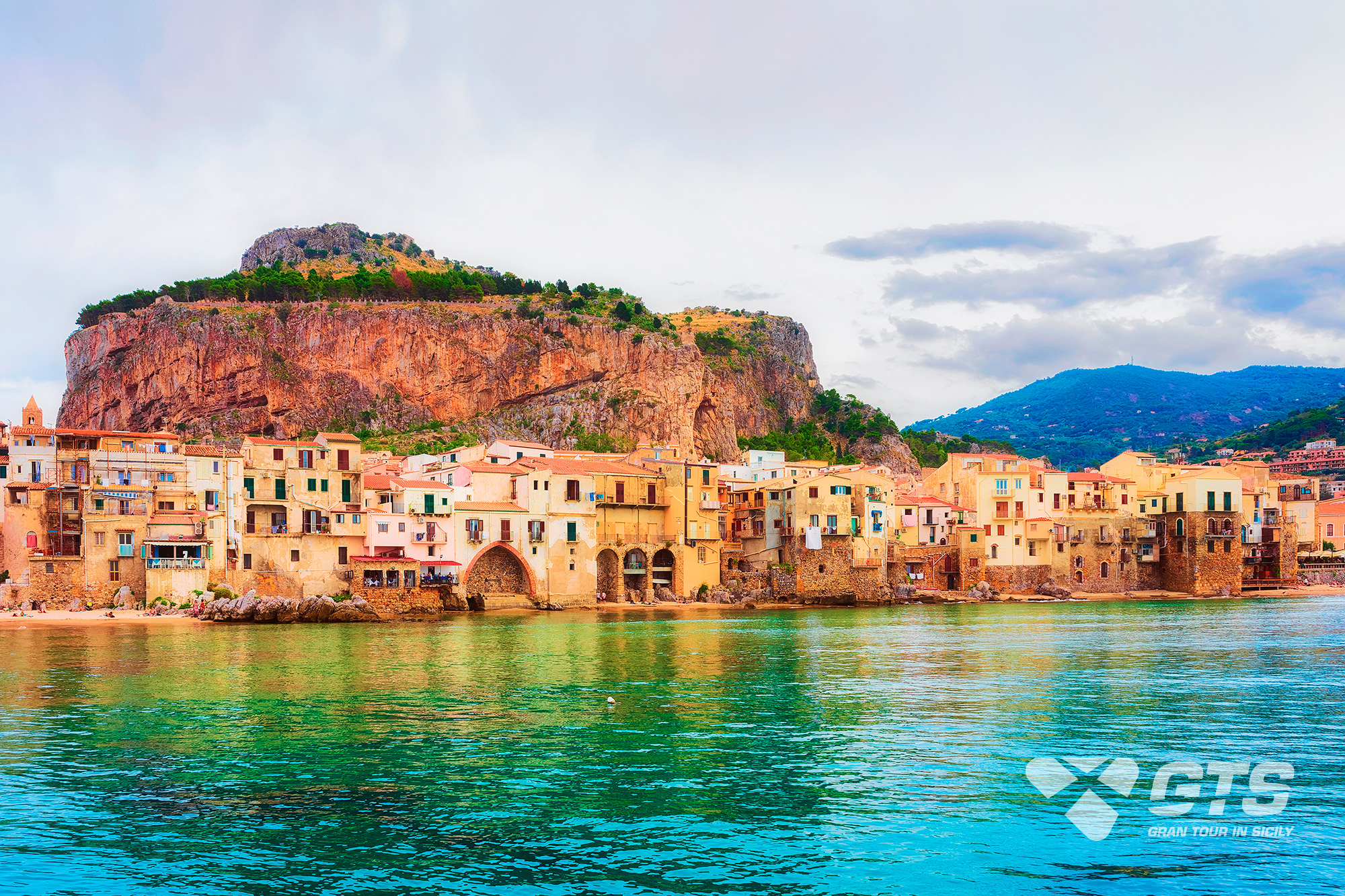 Day 1: Arrival in Sicily and private transfer to your Ragusa Ibla hotel. Here the delivery of your chosen sports car and the requisite kit for the tour will take place. Ragusa Ibla is a cradle of the late Sicilian baroque. This marvelous ancient city contains over fifty churches and numerous palaces in the Baroque style and is well-known for the television series dedicated to the “Inspector Montalbano”. Enjoy dinner and overnight.

Day 2: After breakfast, depart for the Oldest Grand Prix circuit. The 16th Syracuse Grand Prix was a motor race run by Formula One rules, held on 21 May 1967 in Syracuse, Sicily. For most of its existence, it formed part of the Formula One Non-Championship calendar, usually being held before the World Championship races.

Syracuse is notable for its rich Greek history, culture, amphitheaters, and architecture. This 2,700-year-old city played a key role in ancient times when it was one of the major powers of the Mediterranean world. It was founded by Ancient Greek Corinthians and Tenens. Noto is the capital of Sicilian baroque, also called “the stone garden”. Located in the foothills of the Hyblaean Mountains, it is famous for its fine buildings of the early 18th century, which are considered to be among the finest examples of Sicilian baroque style. 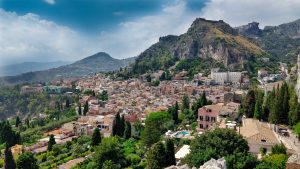 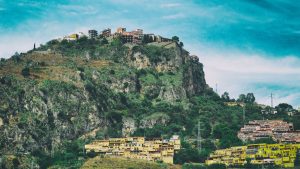 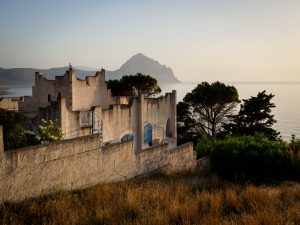 Continue through the small village of Punta Secca, the natural harbor of Donna Lucata with fine sandy beaches embraced by a clear turquoise sea and a romantic waterfront. The police station in “Vigata” is the town hall of Scicli, located in the beautifully conserved baroque street of Via Mormino Penna. The mayor’s real-life office (the Stanza del Sindaco) is used in the series too, as the Questore’s office, and it can sometimes be visited by the public. Modica is yet another glorious baroque town rebuilt, like Scicli and Ragusa, after the earthquake of 1693. It is also renowned for the typical chocolate, still produced today with the recipe of the ancient Aztecs.

Day 4: After breakfast, check out and depart for Taormina, its enchanting historical center and the natural beauty of the surrounding landscape including the famed amphitheater. Check in to your hotel and enjoy the rest of the day at leisure.

Day 5: Departure for the Etna Race circuit this morning. Etna, the highest active volcano in Europe outside the Caucasus and one of the highest in the world, it is in the UNESCO World Heritage List. Head to Linguaglossa, a summer and winter resort lying on the north-east slope of Etna. In the old town, you can discover ancient doorways, Baroque buildings and admire the bases and the windows created from lava stone. Continue to Zafferana Etnea, a little village that is well-known for its charming Baroque Churches draws its resources from the volcano and was built with the black stone of Etna. 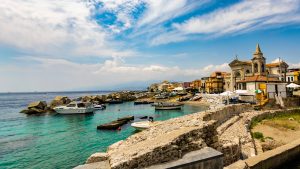 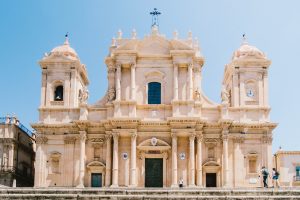 Day 6: The Godfather circuit beckons which includes the stunning towns of Savoca, Forza d’Agrò and Castelmola, famous for being the settings for some of the most memorable scenes of The Godfather, but also some of the most beautiful historic towns in Sicily. Savoca is a picturesque medieval town. We recommend taking a short walk through the stone streets of the old town and visit the Church of San Nicola, where the wedding scene between Apollonia and Michael Corleone was filmed. We also suggest stopping by the famous Bar Vitelli, to experience the atmosphere of the ’70s.

Forza D’Agrò, a village nestled in the hills at 400m above sea level. You’ll see some of the small streets that feature in the film. From its breathtaking viewpoint, you can see the whole coastline stretching from Messina to Syracuse and the impressive Mount Etna behind. Castelmola also called “the nest of the eagle” above Taormina is one of the most beautiful villages in Italy. It is famous for its unique view of the fantastic Taormina, but you reach the maximum delight at the panoramic viewpoint. Thanks to its location, 550 meters above the sea level, you can see the coastline from the wonderful bay of Giardini Naxos up to Sant’Alessio Siculo.

Day 7: The Coast of the Lemons awaits today beginning at Acitrezza, characterized by large rocks of lava stone that emerge from the water forming a small archipelago in postcard scenery. These stacks are also called the Islands of the Cyclops because they are believed to be the stones that Polyphemus threw against Ulysses in the Odyssey. Not far away, the unmistakably beautiful Norman Castle of Aci Castello is situated, which stands on a promontory of lava rock overlooking the sea. Continue to Riposto, a fishing village called “Porto dell’ Etna” because of the many boats that stopped by to embark the Sicilian wine aboard.

Day 8: Check out, and after your car is collected, return by private transfer to the airport for your flight home. 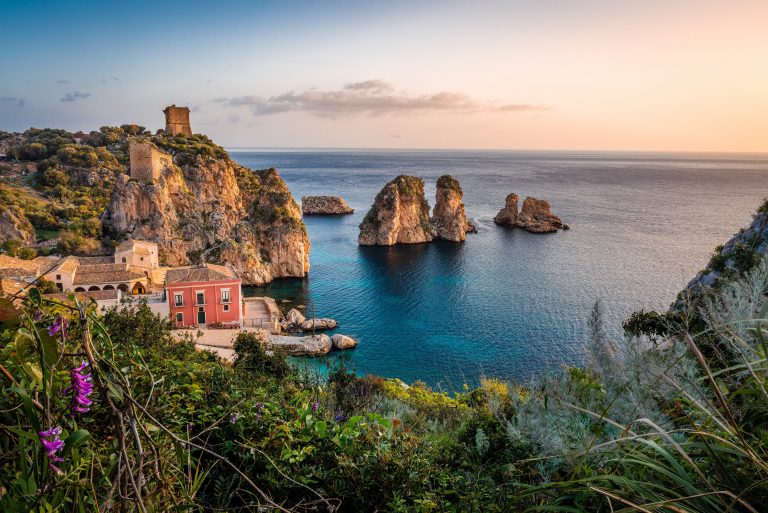 All of our featured itineraries can be customised bespoke to your preferences. Contact us to find out more, or explore our fantastic array of other Adventure itineraries here.