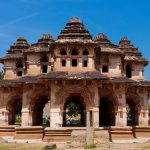 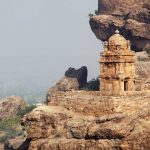 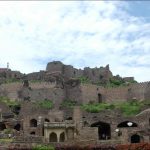 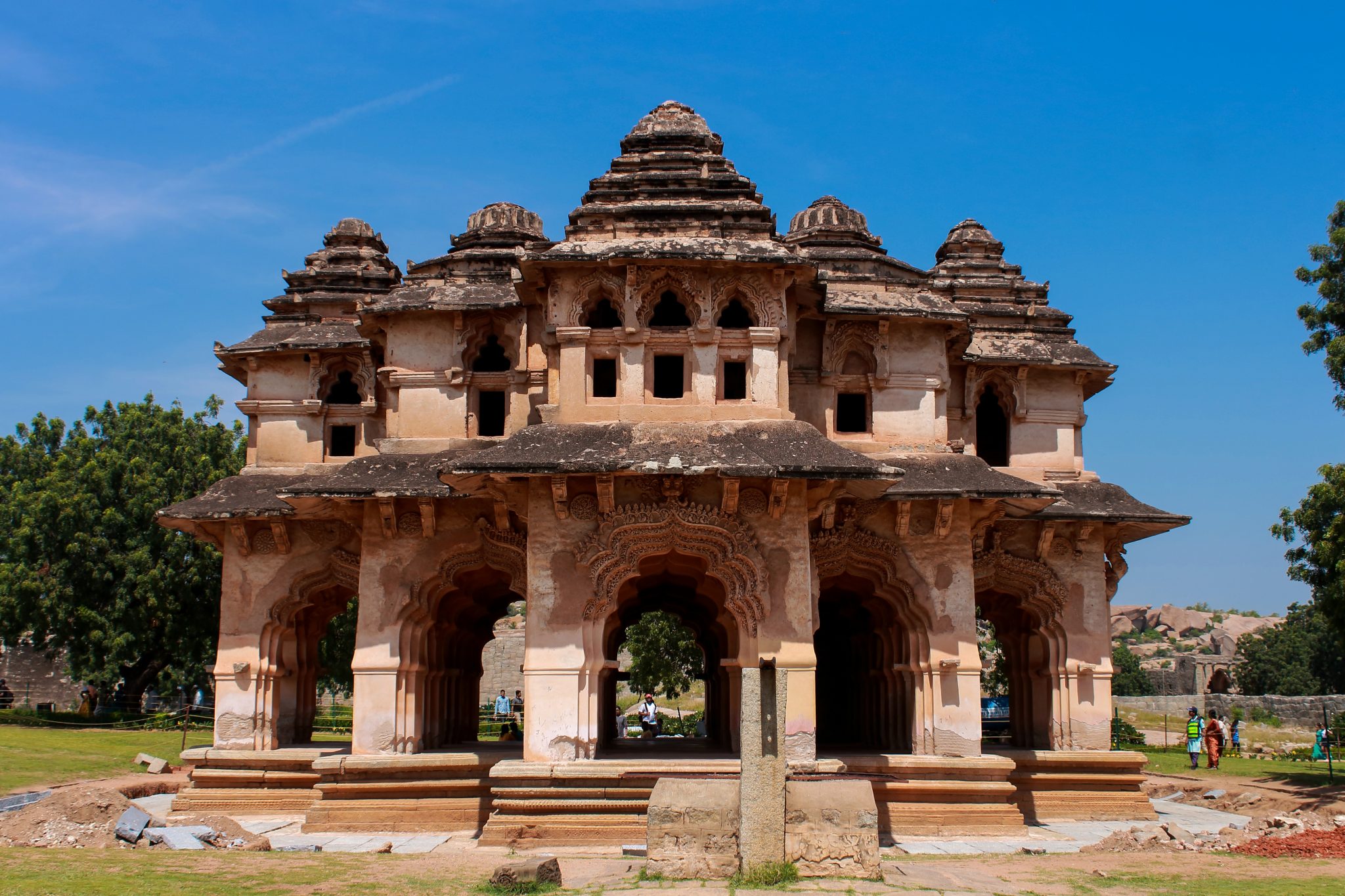 You are met and assisted upon arrival in Bangalore today, and driven to the hotel in Mysore.  Mysore was the capital of the Wodeyar dynasty, and ruled in Mysore until independence, barring three decades when Haider Ali and his son Tipu Sultan wrested power from them.  Mysore today, is a city of palaces, sights and sounds. This dream city is small enough to be explored on foot and never lets its visitors down with its clean and easygoing environment. Check-in at the hotel. The rest of the day is spent at your leisure.

After breakfast, proceed for a sightseeing tour of Mysore. Start with visiting Mysore Palace with its wondrous loud glitz towers over everything else in Mysore. Continue to Brindavan Gardens that are famous for its musical fountains and then to Chamundi Hills – famous for the big (biggest in the country) black Nandi (vehicle of Lord Shiva). Stroll in the Devaraja market in the evening. Return to the hotel for the night.

After breakfast, you will drive to Hassan. Named after the town’s presiding Goddess “Hasanamba”, Karnataka’s fourth-largest city is mainly a farmer and trader town. Check-in upon arrival. The rest of the day is spent at your leisure.

After breakfast visit Chennakeshwar Temple at Belur. The serenity of Belur is attributed to the celebrated temple of Channakeshava, built by the Hoysala King Vishnuvardhana in 1117 A.D. to commemorate his conversion from Jainism to Vaishnavism. The star-shaped main structure and carvings in black stone, resembling metal are a must-see.

Also, visit the Hoysaleshwara Temple at Halebid that was the wealthy capital of the Hoysala in the 12th and 13th century. The Hoysaleshwara temple, standing on a platform like a casket, is a sculptural extravaganza, richly endowed with the most finely-detailed scrollwork in stone. Return to the hotel in the evening

Today is the longest but most interesting drive to Hospet, through the verdant countryside. Check into the hotel for the night and relax.

Today, explore the World Heritage Site of Hampi – the capital of the medieval Vijaynagar Empire and means the city of victory. Hampi is charismatic even in its ruined state. Vast stretches of boulder-strewn hills make the backdrop of Hampi unique. A living testimony to the greatness of a bygone era, this ruined town is guarded by rivers and granite ridges. The travellers from Europe who visited at the height of the Vijayanagar Empire wrote that the city was as large and as beautiful as Rome and hesitated to describe its grandeur for fear of it being thought fabulous. Most of the tourist centres in Hampi can be divided into two broad regions, the Hampi Bazaar area and the Royal Centre.

You will also enjoy a Coracle boat ride (country boat) to cross the river and visit Virupakhasha Temple complex. Enjoy a local lunch at one of the restaurants situated on the fringe of the heritage site.

In the evening return to the hotel for the night.

After an early breakfast, drive to Badami. Arrive by lunchtime and check-in to the hotel. In the afternoon visit the famous Badami Cave Temples, dating back from 600 to 700 A.D. The temples are carved out of sandstone, with their magnum opus being the 18-armed Nataraja: the manifestation of Lord Shiva, erected in 81 imposing poses, is a marvel created out of carved stone.

Walk from the caves to the bhutanatha temple, through a narrow village street, visit the museum in the complex and arrive at the lakeside temple to witness a stunning sunset with a backdrop of the Badami caves. Return to the hotel for a relaxed evening and dinner

After breakfast, visit the World Heritage Sites “Aihole“ and “Pattadakkal” with your guide on a full-day excursion. Aihole was the first capital of the early Chalukyas. The first phase of temple building in Aihole dates back to the 6th century and the second phase to the 12th century. The temples are separated into two prominent groups, Kontigudi and Galaganatha. The best known of the Aihole temples is the photogenic Durga or the Fortress Temple, throughout which there are many beautiful carvings. A pillared corridor runs around the temple, enveloping the shrine, the mukhamandapa and the sabhamandapa. The Meguti Jain temple stands on a hillock and is built on a raised platform, with a flight of steps leading to the mukhamandapa.

Pattadakal is an art historian’s dream. It has a set of nine temples built almost in a row, exhibiting the architects’ zeal and demonstrating diverse styles and patterns. Pattadakal represents the culmination of early Chalykyan art. Four of the temples here are in the south Indian Dravidian architectural style, another four are in the north Indian Nagara style, whilst the Papanatha temple exhibits a hybrid technique. The Virupaksha temple, probably the most beautiful of all temples in Pattadakal, is in the South Indian style and is almost a replica of the Kailasanatha temple of Kanchi. It has carvings depicting scenes from the Puranas in each of the 18 pillars in the mukhamandapam. There are also carvings of Ravananugrahamurthy, Narasimha, Gajendramoksham and The Dance of Shiva. Other temples here are Chandrasekhara, Sangameswara, Jambulinga and Kadasiddheswara.

Return to the hotel in the evening. 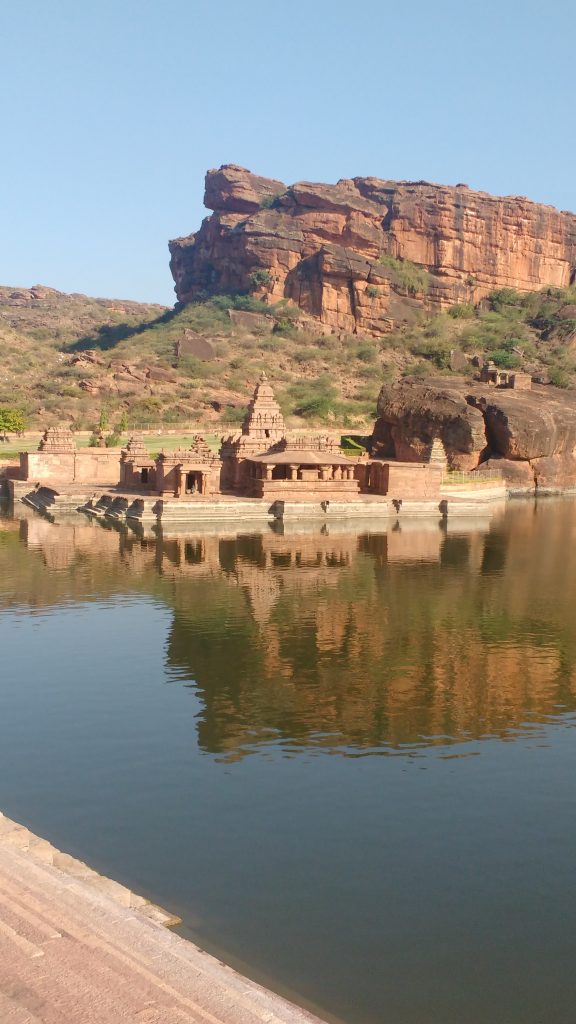 Your morning will be spent at leisure. Later, drive to Bijapur: the foundations of this historic city were laid during the reign of the Chalukyan Dynasty. They called it ‘Vijayapura’ or the ‘City of Victory’, from which comes its present name – Bijapur. Check into the hotel upon arrival. The rest of the day is spent at your leisure.

After breakfast you will be taken for a heritage tour of Bijapur: visiting Ibrahim Roza, the most impressive structure in Bijapur and Gagan Mahal, built by Adil Shah I (1561), a palace-cum-audience hall. The central arch of Gagan Mahal is the tallest and widest in the entirety of Bijapur. Mostly in ruins, the structure is still magnificent and is now part of a beautiful park and Jama Masjid; built-in 1686, the Jama Masjid of Bijapur is a massive stately structure. You will also make a stop / drive past to visit Barakaman, Jod Gummaj (twin tombs), Taj Bawadi (water tank) and the old town. The majority of the town is still within the fort walls, which is in a dilapidated state yet gives an old-world charm to this bustling small town.

Post lunch, visit the famous Gol Gumbaz, Bijapur’s prime attraction – the largest dome in the world. The dome dominates of the entire area by its sheer size. The commemorative plaque of Muhammad Adil Shah (1627-56) is placed under the dome. Without any pillar for support, the dome is an engineering marvel. The acoustics echo the slightest whisper several times over.

Today, take a morning drive to Gulbarga – the capital of the Bahamani rulers from 1347 to 1428. The main attractions are the monuments belonging to the erstwhile Bahamani rulers.

In the afternoon, visit Gulbarga Fort: the fort has 15 towers and includes the Jama Masjid, said to have been built by a Moorish architect from Spain in the late 14th century on the lines of the great Cordoba Mosque in southern Spain. Other places of interest within the town are the imposing tombs of the Bahamani rulers, the Haft Gumbaz, the tomb of Khwaja Bande Nawaz (an important local Muslim saint) and the Sharana Basaveshwara temple.

Start early and take a breakfast drive to Hyderabad. On the way, you will stop at Bidar to experience the glory of this segment of the former Bahmani Kingdom. The structure of the great Mahmud Gawan Arabic University is reminiscent of the rich architecture of the Bahmani era in Bidar. The Bidar Fort situated next to the city is one of the biggest forts in India. You will also be taken to see the artisans practising the intricate Bidriware – metal artwork which is endemic to the city.

Later, continue with your drive to Hyderabad: the fifth largest metropolis of India with an ancient civilisation and culture. The city is nearly 400 years old and is noted for its natural beauty, mosques and minarets, bazaars and bridges, hills and lakes. It is perched on the top of the Deccan Plateau, 1776ft., above sea level, and sprawls over an area of 100 sq. miles. Check-in at your hotel upon arrival and spend the evening at the hotel. 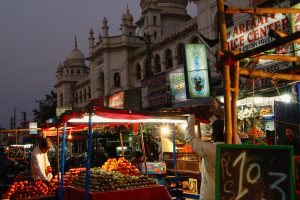 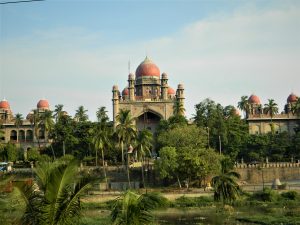 In the morning you will meet long-time residents of the city.  This group of ladies have translated their knowledge of the city into wonderful tours, and, before taking you out to show you “their Hyderabad”, they will give you a short history of the city in the library of the hotel. Today you explore this fascinating city visiting its markets, and exploring its history through the rich craft heritage, wonderful palaces and mosques.

Hyderabad’s charms lie beyond the monuments.  The charm of the city is found wandering the through historic Lad Bazaar, a traditional centre for bridal accessories and bangles, listening to the stories of its grand past.  This market flourished around the iconic Jumma Masid & Charminar, visible in the backdrop as you manoeuvre your way through the busy streets lined with shops selling gold and silver jewellery, pearls, paper kites, rough glasses and cheap chinaware. The street leads to Chauk, a traditional hunting ground for antiques.

You will also stop at the 18th century Chowmahalla Palace which is believed to be a replica of the Shah of Iran’s palace in Teheran. The palace boasts some of the finest pieces of art and antique collections – all laid properly in the many huge halls of this palace, now converted into a museum. The Nizam’s Museum at Purani Haveli houses the world’s largest wardrobe amongst other artefacts!

Before the lunch break, you must visit the extraordinary Paigah Tombs. Although Hyderabad is known for the Nizam dynasty, the family next in nobility to the rulers was the Paigah Family. The Paigah tombs are where the nobles of Paigah rulers rest. The tombs in this complex have a unique architectural style with a combination of Turkish, Mughal, Persian and Rajasthani styles of architecture.

In the afternoon you will visit Qutub Shahi Tombs and Golconda Fort. The tombs of the seven Qutub Shahi rulers in the Ibrahim Bagh are located close to the famous Golkonda Fort in Hyderabad, India. The galleries of the smaller tombs are of a single-storey while the larger ones are two-storied. Following your visit to these tombs, drive ahead to Golconda Fort to end your day.

Optional: You can enjoy the Sound & Light show at the grounds of Golconda (just around sunset, re-check timings locally). OR, you can venture out in the city to enjoy the famous Hyderabadi Biryani Dinner with a local family. The cuisine of India is famous for the variety it offers.  Influences of the various dynasties that ruled the country and use of the local ingredients and spices have created a spectacular cuisine in each part of the country.  Technically speaking, it is just a dish of rice and meat cooked with some spices, but it evokes the most passionate emotions among foodies.  You will enjoy a sumptuous meal at the home of one of the families in Hyderabad.

Today you will be transferred to the international airport to board your flight back home. 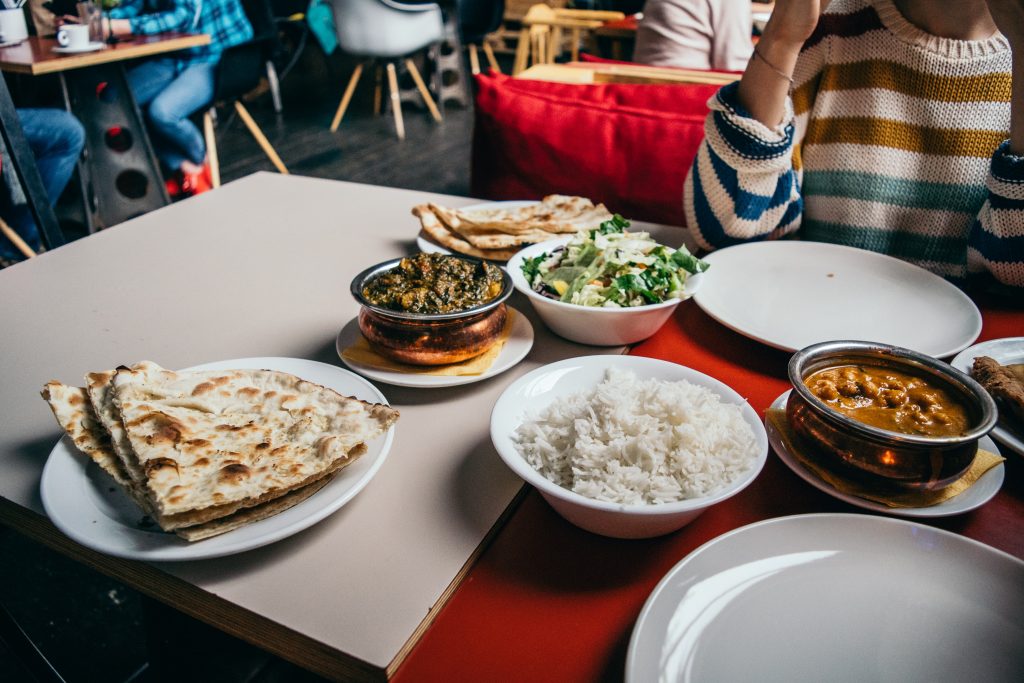 All of our featured itineraries can be customised bespoke to your preferences. Contact us to find out more, or explore our fantastic array of other Family itineraries here.