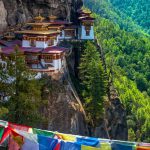 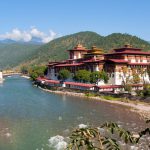 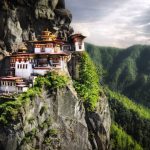 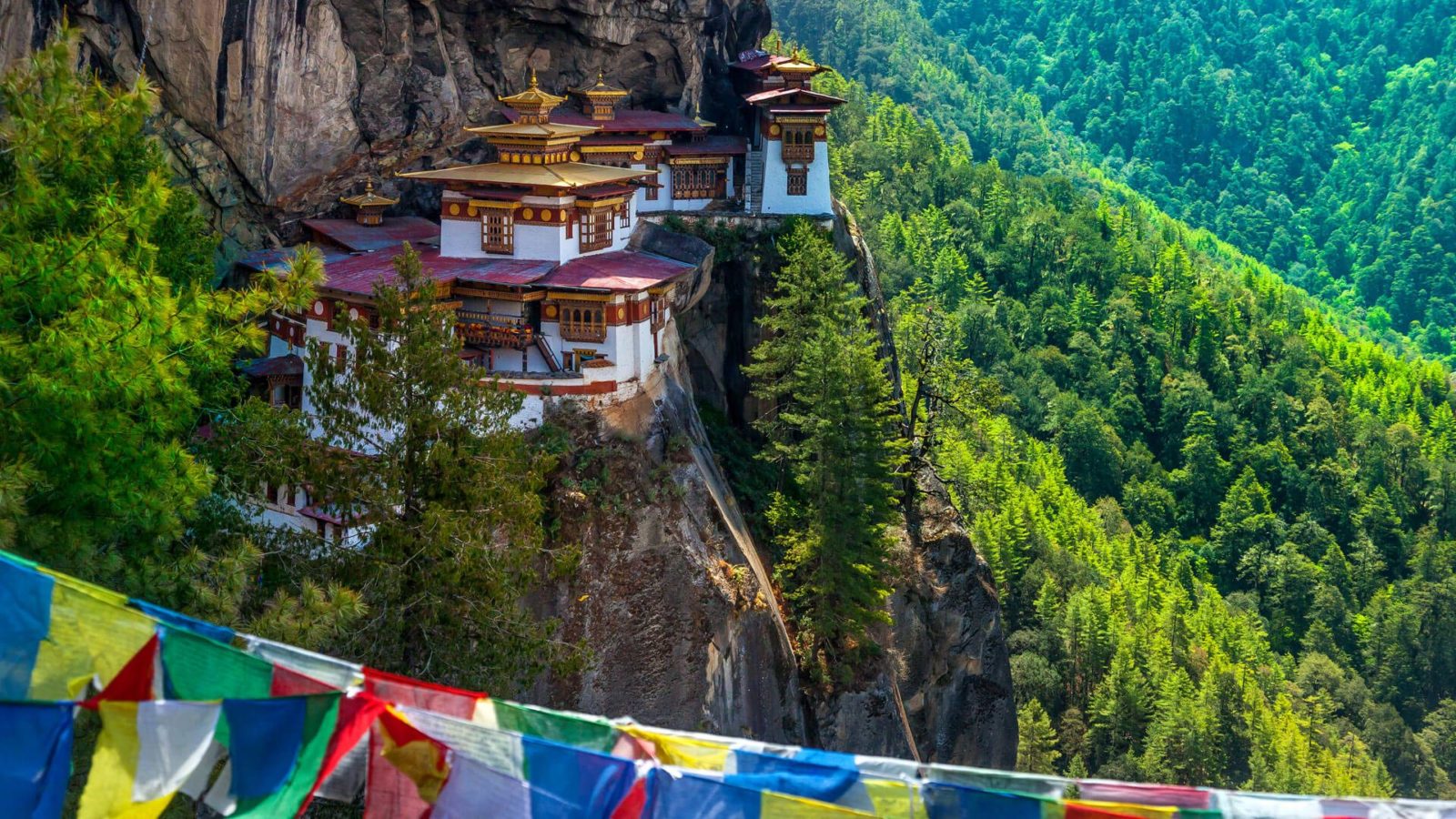 Day 1: Fly into Paro and marvel at the aerial scenery of the Himalayas, and icy glacier peaks below. Visit Tamchog Lhakhang, the temple dedicated to a 13th-century saint. Explore Thimphu and visit the National Memorial Chorten, one of the most visible religious structures in Thimphu. Marvel at the huge Buddha statue Buddha Dordenma. Observe the fascinating Takin, Bhutan’s national animal. Meander through rhododendron forests on a hike to Tango Goenpa Monastery. Visit the Institute for Zorig Chusum (Arts and Crafts school) and the Weaving Centre. Make your own paper at the Jungshi paper making factory using ancient traditional methods. Visit the Tashichho Dzong known as the “Fortress of the Glorious Religion”, serving as a winter residence and housing the throne room of His Majesty, the King of Bhutan. Stop on Dochula Pass to visit the 108 stupas built in honour of the fallen Bhutanese soldiers.

Day 3-4: Head to Gangtey and the enjoy views of Jhomolhari Mountain and Jichu Drake as the road climbs. Marvel at the winter home of endangered black-necked cranes that migrate from the arid plains. Explore the Gangtey Goemba Monastery, which boasts spectacular views of the entire Phobjikha valley. Meander along the Gangtey Nature Trail, crossing streams, rhododendron gardens and villages. Head to the monastic school and attend the devout prayers where 300 monks chant every evening. Embark on a hike to Longteng, weaving your way through bush bamboo passing colourful clusters of village houses, and glimpse yaks grazing in the area in the winter months. Visit the Crane Information Centre, and if in season, watch the cranes using binoculars from the deck. 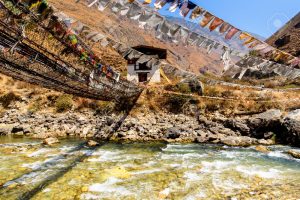 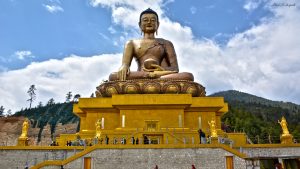 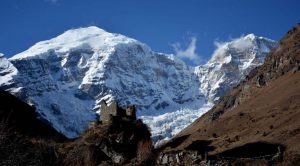 Day 5: Visit the sprawling Trongsa Dzong, perhaps the most impressive dzong fortress in Bhutan. It is one of the most aesthetic and magnificent works of traditional Bhutanese architecture, and home to the ancestral residence of the ruling dynasty. Visit the Watch Tower of Trongsa, which functions as a museum dedicated to the Wangchuk dynasty. The tour of the five-storey museum begins with a 15-minute documentary on the brief history of Trongsa. The museum also provides a glimpse of Bhutan’s history over the last hundred years.

Day 6-8: Beautiful Punakha has been inextricably linked with momentous occasions in Bhutanese history. Two of Bhutan’s important rivers converge in Punakha. At their confluence is the majestic Punakha Dzong, an absolute marvel. These rivers are also home to one of the last surviving populations of the critically endangered white-bellied herons. The route from Thimphu to Punakha is quite spectacular and takes travellers over the renowned Dochula Pass, which showcases interesting monuments along its course and offers the awe-inspiring opportunity to view the great Himalayan Mountain Range. Driving down from Dochula towards Punakha, visitors can discover the Royal Botanical Park, where an excellent collection of Himalayan plants and good birding sites can be found. Stop on Dochula Pass to visit the 108 stupas built in honour of the fallen Bhutanese soldiers. Enjoy a hike to Chimi Lhakhang, a temple dedicated to the ‘Divine Madman’, adorned with phallic symbols and where women struggling to conceive are said to be blessed with fertility. Meander through the butterfly trail and observe farmlands and forests. Relish a picnic breakfast at the top of Khamsum Yuelley and explore the temple. Embark on a thrilling rafting experience on the Pho Chu River. Journey through the most scenic and secluded area, featuring incredibly blue water, breathtaking alpine scenery, and the chance of seeing one of the world’s rarest birds – the white-bellied heron. Drive to the Sangchhen Dorji Lhendrup Lhakhang Nunnery.

Day 8-10: The historical town of Paro lies at the centre of a valley rich in sacred sites and ancient buildings, and forms part of the core of exceptional destinations in Bhutan. Home to the only international airport in the country, this pretty destination is covered with terraced paddy fields and quaint farmhouses scattered throughout the valley in the lower areas. In the upper reaches, coniferous forests look down onto the beautiful Paro Chhu River, which snakes its way below. Among the many temples in the area, Paro is most famous for the iconic Takhtsang Lakhang (also known as the Tiger’s Nest), situated at the northern end of the valley. It is also home to the National Museum, which displays hundreds of ancient Bhutanese artefacts and artwork. Visit Ta Dzong (the national museum) where a spectacular collection of religious Thangka paintings, art, relics and postage stamps are on display. Explore a masterpiece of architecture, Paro Rinpung Dzong, with enormous buttressed walls looming over the town. Gain insight into the lifestyle of a local farmer and visit a colourful, traditional farmhouse. Hike to the iconic Tiger’s Nest and marvel at the beauty of the surroundings including the gorge and waterfall. Enter the Tiger’s Nest, one of the most hallowed of all Buddhist sights around the world. 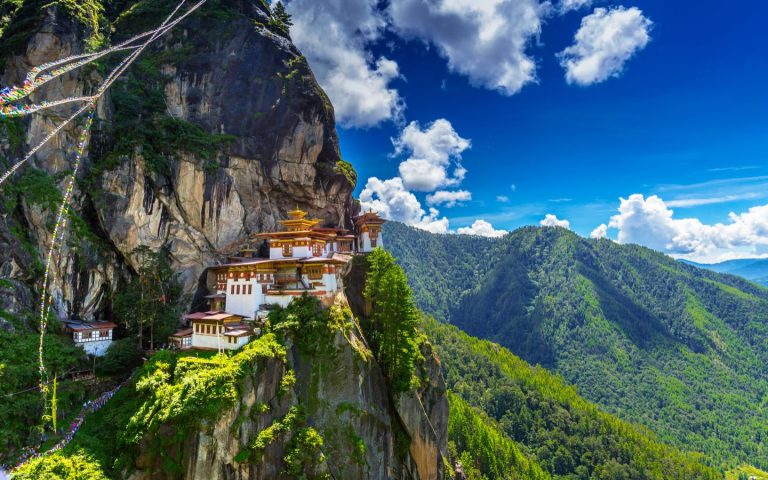 All of our featured itineraries can be customised bespoke to your preferences. Contact us to find out more, or explore our fantastic array of other Trekking itineraries here.