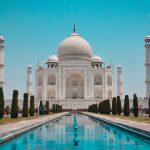 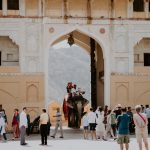 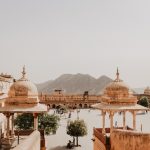 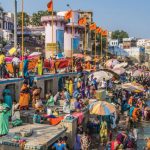 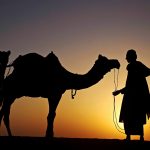 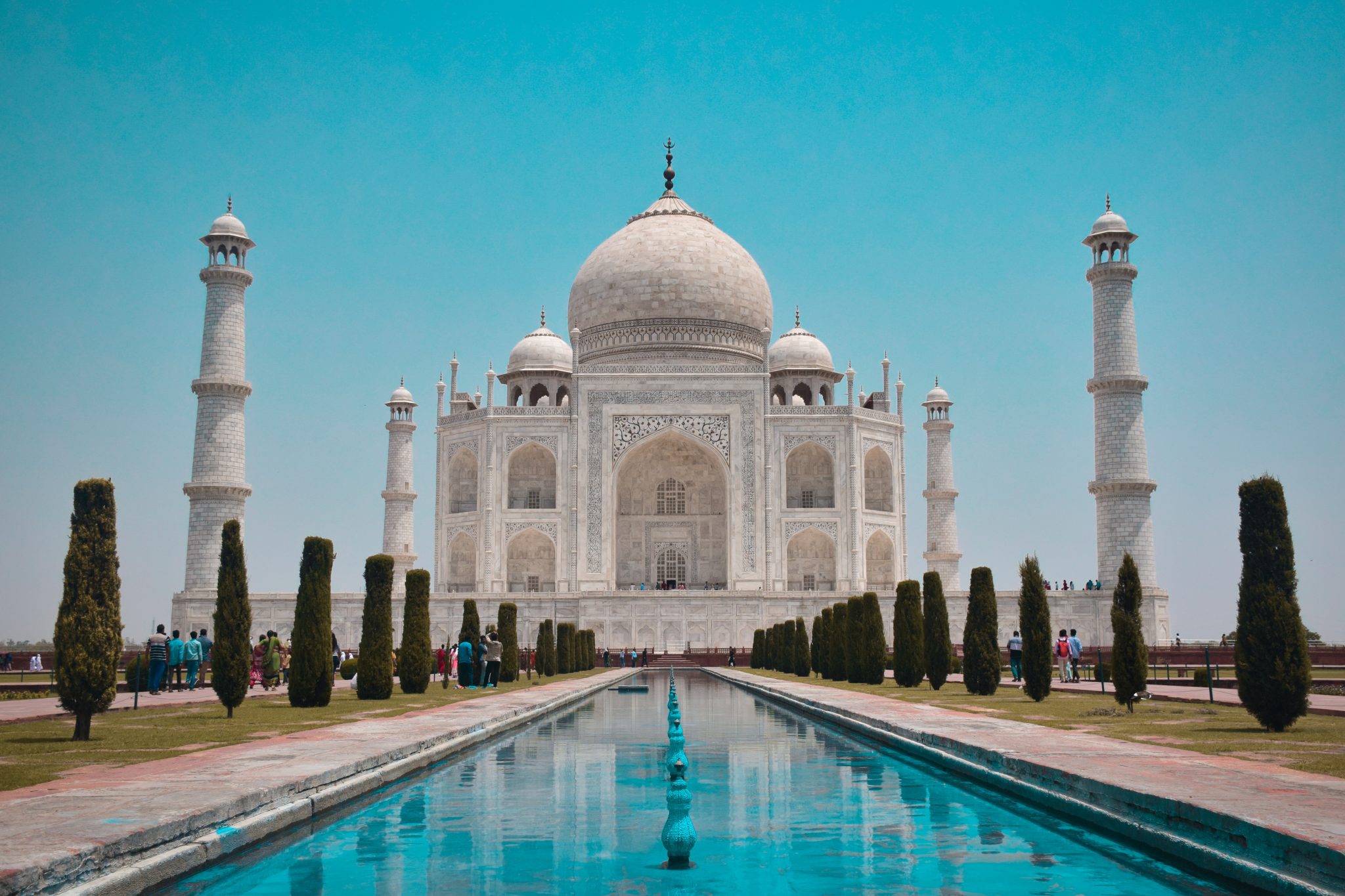 Upon arrival in Delhi, you will be met and escorted to your hotel and assisted with check-in. Delhi, India’s capital and political hub is an ancient city that has something for everyone. Settled seven times over the centuries, this city has grown in a way that reflects its past, while retaining its cosmopolitan flavour. Delhi is India’s showcase, be it architecture, religion, shopping, culture – everything is available here – waiting to be discovered.

After Breakfast, meet your guide of the day and start exploring Delhi. Your morning will be busy exploring Old Delhi. A walking tour will take you to the heart of old Delhi, allowing you to savour the sights, smells and sounds of this ancient city –  note its beautiful convergence of past and present. Your guide will take you through winding lanes recounting tales, anecdotes and legends of a Delhi that goes back thousands of years. The walk takes you to the age-old silver market, through quaint streets selling incredible ware, to the tranquillity of a Jain temple and to the flower market which is a riot of colour. The tour also takes you to visit the Jama Masjid, (The largest mosque in Asia) & a drive past the Red Fort (the precursor to the Agra Fort).

The New Delhi area was created to reflect the might of the British Empire.  New Delhi consists of tree-lined avenues, spacious parks and sombre government buildings. The 12th century Qutab Minar, New Delhi’s showpiece, is a gracefully hand-carved 234 feet brick monument. Visit the mausoleum of emperor Humayun – a forerunner of the Mughal style of architecture. Drive past the India Gate, a World War I memorial, the Presidential Palace, Parliament House and the Secretariat buildings – an interesting blend of Victorian and 20th-century architecture.

Today  you will be driven to Jaipur, an essential stop in any tour of Rajasthan. The old walled section of the city is known as the “Pink City”: due to the buildings being brushed in this hue especially for the visit of Prince Albert of Wales in 1876. Jaipur is one of India’s newer cities, founded in 1727, and was the creation of Jai Singh II, the Maharaja of the Kuchwaha Rajputs, who decided, when Mogul power was on the decline, to move from his outmoded hillside fortress at Amber to establish a new capital on the plains further south. 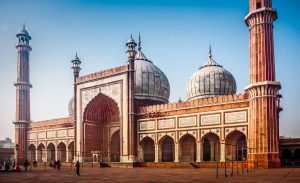 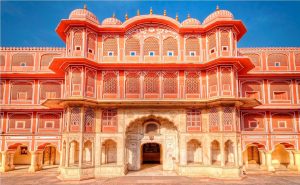 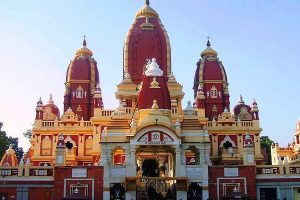 After breakfast proceed for sightseeing at Amber Fort: a classic, romantic Rajasthani Fort Palace with its rugged, time-ravaged walls and fascinating palaces inside. On your way back, stop at Hawa Mahal – “Palace of Winds” for a brief stop to take photographs and, as it is in the heart of Jaipur’s shopping district, to buy souvenirs. In the afternoon, you will enjoy a tour of the Pink City, an “abode of rajahs”. The highlights of the tour include a visit to the City Palace, the former royal residence built in a blend of the Rajasthani and Mughal styles. An overwhelming complex of exquisite palaces, gardens and courtyards, decorative art and carved doorways, the palace also houses a museum with a superb collection of Rajasthani costumes and armoury of Mughals and Rajputs including swords of different shapes and sizes with chiselled handles. The art gallery showcases an excellent collection of miniature paintings, carpets, royal paraphernalia and rare astronomical works in Arabic, Persian, Latin and Sanskrit. Carry onward to the awe-inspiring Jantar Mantar Observatory, a stone astrological, astronomical observatory built by Maharaja Jai Singh in the 18th century.

Today after an early start you will be driven to Agra, renowned the world over for the fabulous Taj Mahal which is situated on the right bank of the river Yamuna. Agra is a city with a glorious past and has the distinction of being the capital of various ruling dynasties.

In the afternoon, meet your guide who will assist you to Taj Mahal for a detailed tour. Built by Emperor Shah Jehan in memory to his favourite wife Mumtaz Mahal: the ultimate tribute to love, transcribed in architecture. (Taj Mahal is closed on Fridays) Later, proceed to visit the red sandstone Agra Fort, stands like a crescent on the banks of the Yamuna River, enclosed by forbidding 20-meter high walls, with a 12-meter moat between them. Three successive Mughal emperors – Akbar, Jehangir and Shah Jehan – helped create this massive structure which contains Hindu and Muslim architecture.

Transfer to the railway station to board a train to Jhansi. On arrival, you will be driven to Orchha. The medieval city of Orchha seems to have been frozen in time, with its palaces and temples still retaining their original grandeur. The city, located by the side of the beautiful Betwa River, was founded by the Bundela Rajput chieftain, Rudra Pratap, in the 16th century. Apart from the famous landmarks like Jehangir Mahal, the Laxminarayan Temple, the area is peppered with fascinating little shrines and memorials, all of which add to the overwhelming feeling of nostalgia the city evokes in the visitor. 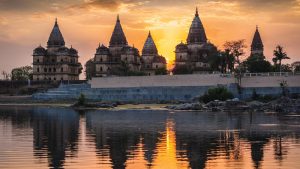 Today, after breakfast, drive to Khajuraho, which oozes with passion, dance and music and other finesses of creative arts depicted in sculpture and images of the temples. The 9th to 12th-century temples of Khajuraho shows proof of the architectural geniuses during the times of Chandela dynasty. Situated in Madhya Pradesh, India, The 85 temples were built in North Indian ‘Nagara’ style of architecture, though only 20 of them have survived the rough weather conditions over time. The two richer distinctive groups of temples are the Western and Eastern group of temples.

In the afternoon, proceed for sightseeing of Khajuraho temples, one thousand years ago, under the generous and artistic patronage of the Chandela Rajput kings of Central India, 85 temples, magnificent in form and richly carved, came upon one site, near the village of Khajuraho. From 950 AD – 1050 AD saw the completion of all the temples, in an inspired burst of creativity. Today, of the original 85, only 22 have survived the ravages of time. Visit the Kanderiya Mahadeo Temple, which is a UNESCO world heritage site, to see the intricate carving and beautiful bas-relief for which these temples are famous.

Today, after breakfast, you will be transferred to the airport to board a flight to Varanasi. Varanasi, also known as Kashi and Benares, is situated on the north bank of Ganga in northern India’s state of Uttar Pradesh . It is one of the oldest living cities of the world with its history dating back to about 3500 hundred years. For the pious Hindus, the city has always been a special place; Varanasi is supposed to be the oldest living city in the world and is the epicentre of Hinduism. In the evening proceed to the Ganges to witness the Aarti (prayer) ceremony. You are taken on a boat on the river from where you can watch masses come to the Ghats to offer prayers and float diyas (tiny oil lamps) on the river.

Transferd to the airport to board a flight to Delhi, transfer to the hotel, and enjoy the rest of the day at leisure.

Return home according to your international flight times. 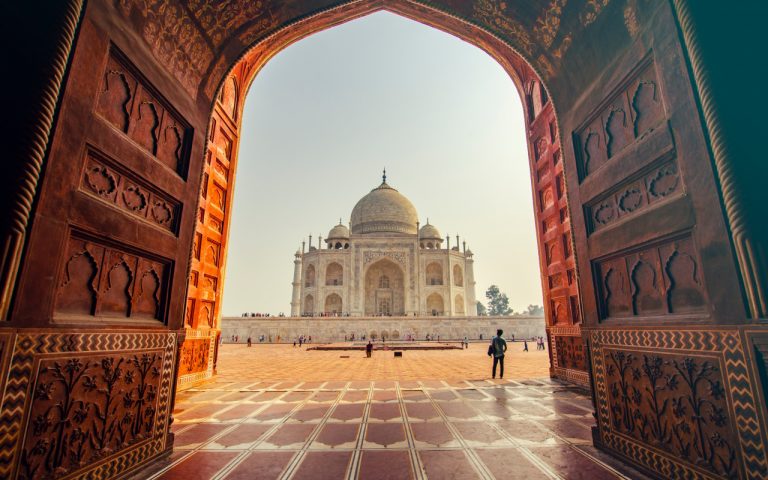